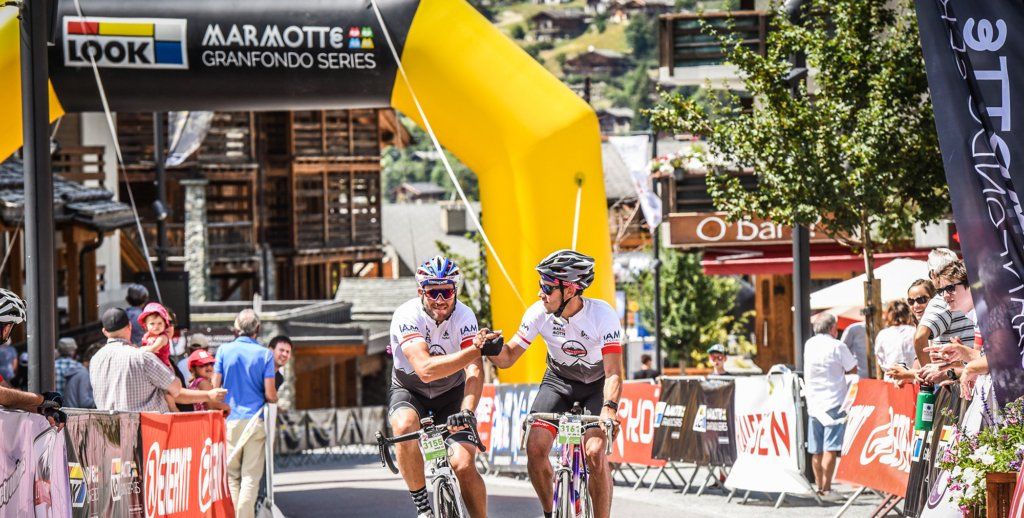 Today, the Tour des Stations, part of Marmotte Series, announced a multi-year partnership with ROUVY, an industry leader in virtual cycling. As the Official Virtual Training Partner, ROUVY will offer up to 11 main climbs of the Tour des Stations on its platform, providing athletes from around the world a virtual riding experience of 300 km and 11’500 elevation meters. Different challenges and virtual races on the Tour des Stations virtual roads will be proposed.

ROUVY’s technology mixes real-world footage with 3D virtual racing. Athletes will experience accurate elevation profiles, as well as real-time Augmented Reality integration through their avatar allowing them to ride across courtyards, vineyards, picturesque nature, authentic villages, and internationally renowned resorts of the region of Valais. ROUVY recently distinguished itself by organizing THE DIGITAL SWISS 5, the virtual race of Tour de Suisse.
“We are excited to add the Tour des Stations routes to the virtual offer of ROUVY. We have a long-term vision to become the leading global platform for Virtual Cycling. In this way the singularity, difficulty, and beauty of Tour des Stations routes combined to our technology will provide a highly realistic and unique experience to the community.“ noted Petr Samek, CEO of ROUVY.

Besides the opportunity to train individually the ROUVY App is a great way to meet up online for real-time Races and Group Rides. In the actual video footage of the courses, the participants see a 3D representation of themselves and all other participants. This community aspect promotes motivation to meet and train or race together online. “More than a physical challenge the Tour des Stations is a thrilling mental and emotional adventure. Thanks to the partnership with Rouvy this adventure is now available online anytime, anywhere. It will be a great added value for all of our Stations partners. Indeed, riders from all over the world will discover the greatness of the region from their living room. The platform allows a total immersion in the race and transcribe physical difficulty and emotions which corresponds completely to the philosophy of the Tour des Stations.” said Gregory Saudan President of Tour des Stations organization.

About Tour des Stations
In only two editions, the Tour des Stations has already established itself as a European reference for the most-awaited cyclosportives in the summer calendar. On Saturday, August 10, 2019, more than 2000 cyclists of all levels braved difficult weather conditions during the second edition of the Tour des Stations. With 45% of foreigners and 27 nationalities, the challenge reunites participants from all over the world toward a common goal of pushing the limits together on the same road.

The 8 August 2020 depending on the distance chosen (240km, 210km, 145km, 145km, 85km or 40km), participants will cross from three to twelve stations and swallow a positive altitude difference varying from 1'850m to 8'200m. The Ultrafondo course with its 240km and 8'200mD+ becomes the toughest one-day cycling race in the world. For more information, visit www.tourdesstations.com. The Tour des Stations is organized by the company R&D Cycling. Its mission is to promote cycling in Switzerland and especially in Valais, by offering popular events and tourism products in synergy with all cycling players of the region.