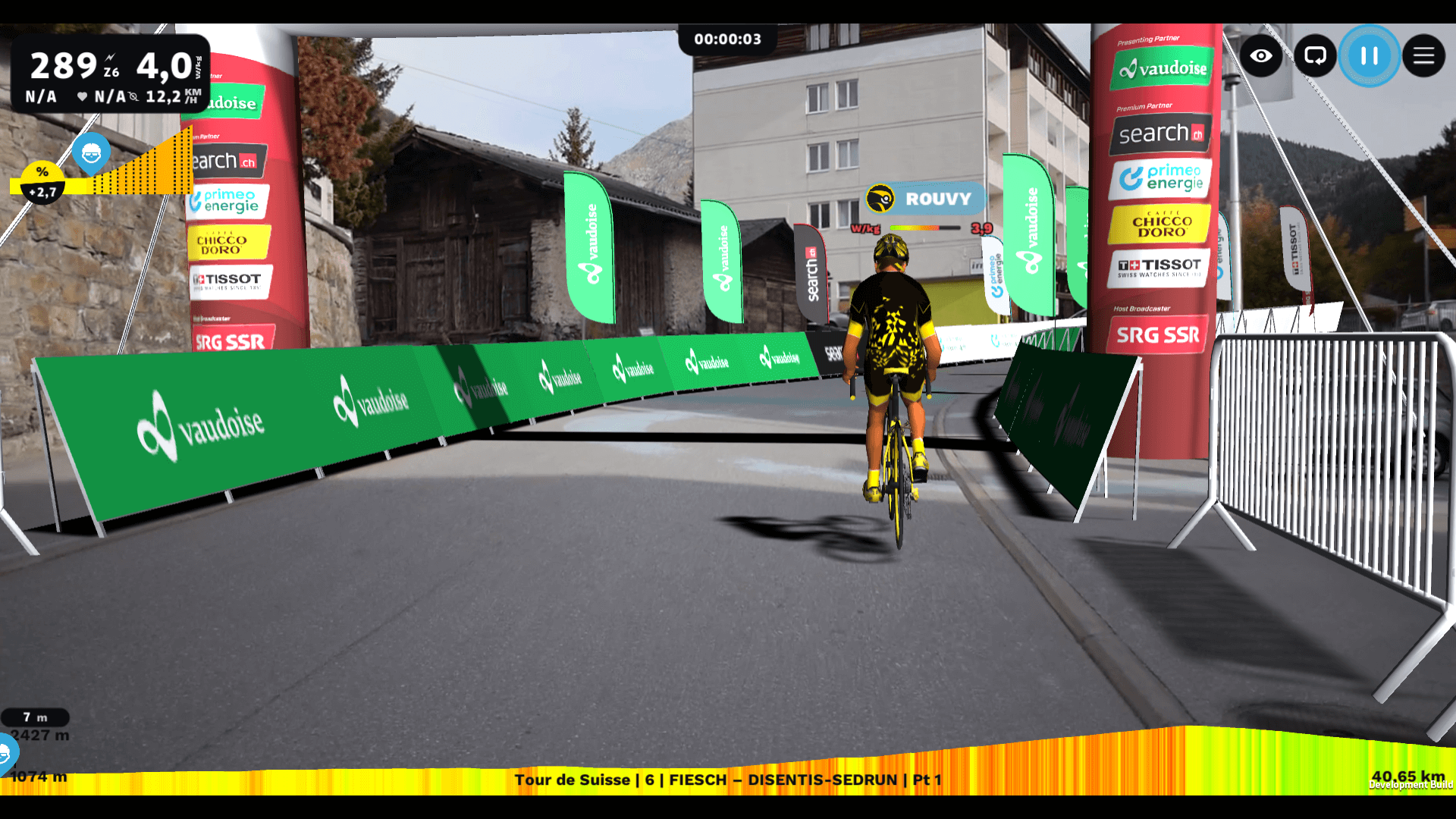 The series, scheduled for April 22-26, is a collaboration between Velon and the organisers of the Tour de Suisse together with the ROUVY Indoor Cycling Reality platform. The races will take place with real video footage of roads used in the Tour de Suisse as the backdrop.

The riders, three per team, will be represented by avatars dressed in their team uniforms and riding their familiar team bikes. Each team’s line-up can change from race to race to reflect the different routes. Some will be in the Swiss mountains, others will be flat.

With riders spread out across the world and most only able to ride on their home trainers, teams have responded enthusiastically to the challenge posed by The Digital Swiss 5 races. Fifteen WorldTour and two ProContinental teams along with the Swiss national team have signed up for the series.

The riders’ bikes will be connected to “smart” trainers, which have surged in popularity as the COVID19 virus has forced millions of people to stay at home. The trainers pair with the platform and the riders watch the course and their position on their monitor in real-time. As the profile of the course goes uphill and downhill, the trainer automatically applies more or less resistance to the pedals.

Throughout the races, the riders’ data - speed, power and cadence - will be on display.

Joko Vogel, Co-CEO Cycling Unlimited AG (Organization of Tour de Suisse, TORTOUR Ultracycling & Gravel and Alpenbrevet), said: "We are overwhelmed by how many teams have confirmed their participation in The Digital Swiss 5 in such a short time. This shows us that the need for such events is very big and very much appreciated. The professionals have the opportunity to compete under competition conditions and see where they stand. We are looking forward to this world premiere and thank everyone for having the courage to join us in this adventure."

Petr Samek, CEO, ROUVY, said: “We are happy to provide the teams and global cycling community with a digital platform for 1:1 simulation of outdoor races. This is a unique experience and moment of the history of our sport. Tour de Suisse, Velon and ROUVY have come up with unprecedented innovation and it is so exciting to be an integral part of it. All cycling enthusiasts will be able to see and compare their favourite team’s performances in real-time. ROUVY is an app where everyone’s dream of being a part of the pro-peloton becomes a reality.”

The team rosters and details of how and where to watch will be announced shortly.

Joining forces in the Swiss cycling world. Infront Sports & Media AG, Swiss Cycling, TORTOUR GmbH und ProTouchGlobal GmbH are owners of Cycling Unlimited AG, an umbrella platform for biking enthusiasts. The partners bundle their extensive expertise in order to advance all levels of the sport. Well-known national cycling events for professionals and amateurs, including the Tour de Suisse, Tour de Suisse Challenge, TORTOUR Ultracycling and TORTOUR Gravel as well as the Swiss Cycling Alpenbrevet belong to the portfolio. The primary objective of Cycling Unlimited AG is to establish a complete community and communication platform for everyone who has made cycling a part of their life.