La Vuelta’s Virtual and Real Grand Final in Madrid - Ride along with the Champions from home! 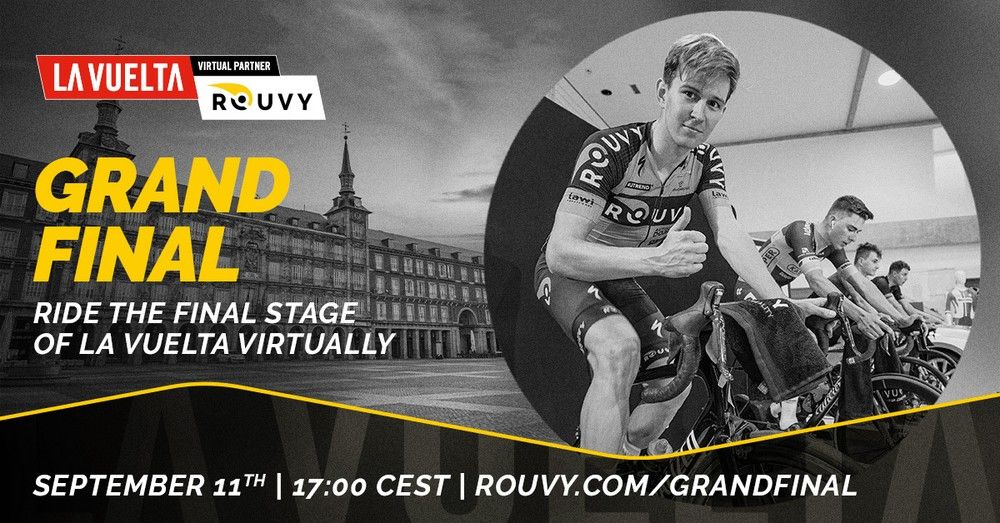 Madrid, Spain / After a series of online qualification races on ROUVY, the open epic grand finale on the ZYCLE smart ZBikes will take place as an in-person and online event in Madrid on Sept 11th, at the closing stage of the real La Vuelta. The qualified finalists will ride against the former Olympian and MTB World Champion, José Hermida, in a battle for the crown of the virtual peloton.

ROUVY is the most realistic cycling simulator which requires real cycling effort and takes the ‘home cycling’ experience to the next level. La Vuelta Virtual 2022 is a special series of events organized by ROUVY in which anyone can compete alongside the pros in real time, on the various real stages of Spain’s most prestigious cycling tour. The 77th edition of the real La Vuelta is in its prime. On its part, ROUVY extends the heat of the battles via the immersive digital technology enabling international cycling community to experience the same stages and parcours even before the stars do it in real.

On September 11th, the ROUVY production team travels to Spain to be at La Vuelta 2022 and build a physical podium with one goal - to provide the final stage of La Vuelta 2022 as a live show on the trainers in the center of Madrid. It creates the unique possibility for anyone around the world to participate - taking part in the final race of La Vuelta on their bike trainer.

12 (twelve) riders were selected around the world to be there in person and compete next to remarkable personas such as José Hermida and well-known cyclist and video blogger, Cameron Jeffers. The stage will be located in the Park Vuelta, so the finalists will be able to show off their power in front of multiple cheering spectators.

The pros will take on the flat 96,7km final stage (Stage 21), starting in Las Roza and winding to Madrid's buzzing city centre. The LV Virtual finalists however are set to battle on the last 25km segment which makes its way over the modern Puente Sobre bridge, then past famous local landmarks such as the Casa de Campo. The stage will likely end in a final bunch sprint finish, before the final victory celebrations and the crowning of the red-jersey leader.

ROUVY will donate 10 EUR, for every finisher of the LV Grand Final, to the local Spanish charity Fundación También which also organizes online home fitness classes. Tambien has been developing social projects for about 22 years in which sports for people with disabilities become a great tool for personal and social growth. The organization is a pioneer in the development of adapted and inclusive cycling in Spain, providing equipment adapted to a wide range of needs. Supporting people with disabilities and their families, with special attention to children, women and those who are highly dependent, Tambien developed an inclusive cycling school that serves and empowers people with disabilities and helps in their physical and social rehabilitation.

Cyclists wishing to participate in La Vuelta series must have a smart trainer (if you don’t have one, get one from ZYCLE at a special discount), a bike, and a device with ROUVY - a phone, tablet, computer or AppleTV, connected to the Internet. A valid ROUVY account is also required and new riders are offered an additional 14-day trial to be part of the action, for free.

Further information and registration for participation from home is open here: www.rouvy.com/grandfinal

La Vuelta is Spain’s most important cycling race and one of the most important worldwide. Organized for the first time in 1935, La Vuelta has grown exponentially over its 80+ year history. Currently, the Spanish tour is a benchmark race that has expanded its borders since its first editions which took place only on Spanish soil. Today, La Vuelta is an international race that brings together the best riders in the world and expands its prestigious victory tally by adding the world’s leading cyclists to it, year after year. www.lavuelta.es