ROUVY CAREER 2.0 - Training Motivation as a Fun Cycling Adventure Around the World 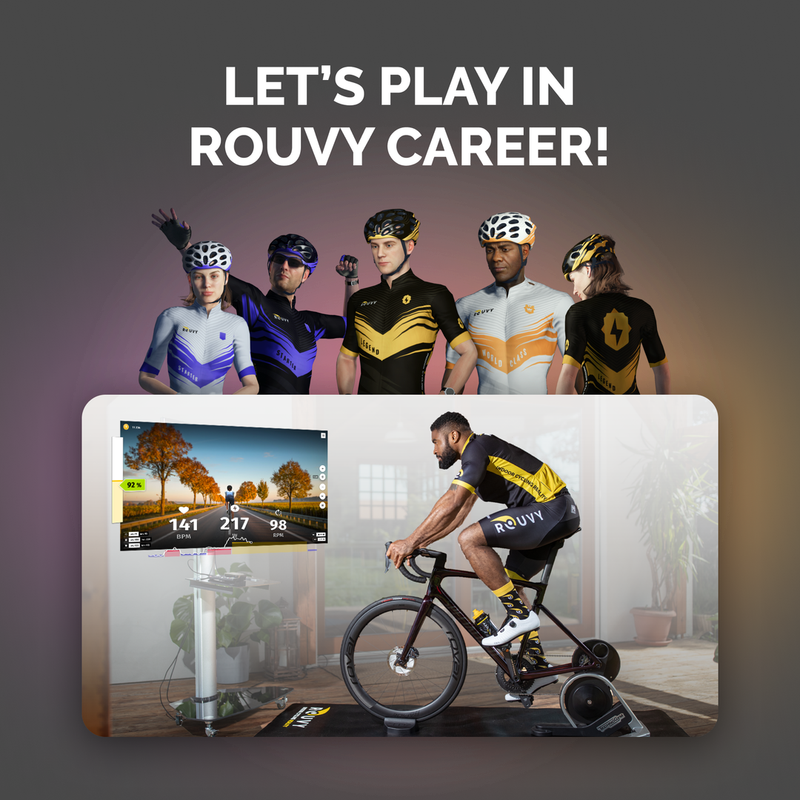 ROUVY releases a new and exciting Career format, one of the platform's top features and the 6th Career Edition. ROUVY CAREER 2.0. presents a new, motivating and gamified version of a multi-year ongoing progression for cycling indoors and outdoors. Numerous improvements and added features include a non-limited period, 80 levels to move up gradually and special ROUVY Coins, as a type of fun exchange currency. Riders of all fitness levels, searching for added motivation, will find this the ideal starting point and a way to sustain their training realistically throughout the year, with the chances for real prizes. The new format allows gradual improvement while having fun racing or exploring routes all around the world.

October 1st, every year, was when ROUVY started over each new Career Season. That has now changed to make it ongoing and more inclusive. Whether a casual, beginner or highly competitive cyclist, the Career has a purpose and a goal suitable for everyone. All aspects are built seamlessly into the software to keep one going without getting stuck in a training rut or feeling that one has reached a plateau. The well known and spoken about Career feature has always seen riders’ fitness and engagement levels skyrocket, and this has been apparent, especially during the Covid pandemic when travel has been prohibitive. During the lock-downs for many, ROUVY was a life-saver, offering a real and fun cycling experience from all over the world in a few clicks.

The new format requires a long-term sustainable commitment to one’s training. A rider will have the ability to ride with others or alone, achieving one’s goals individually and socially on a daily indoor adventure. This approach will drive one further to achieve a higher fitness level sustainably on realistic courses in real places worldwide. A rider can progress at one’s own pace and at the same time strive to improve their unique abilities and potential while getting fitter at the same time and earning rewards along the way. Updated and more realistic avatars will add an enhanced 3D realism with more natural movements (coming soon) with a custom kit and accessories enhancements for each rider.

David Simon, Gamification Product Manager @ ROUVY, states, “This will push and inspire riders to reach their potential in a much more sustainable and fun way and in so doing be able to stay motivated in their training and specific regimens, whether it be casual riding or heavy competition all year round.”

Special registration is not needed but version 2.1.0 of the app is required. Every ROUVY user, from January 1st, 2021 with the first training activity in the New Year is automatically enrolled into the Career journey and has a chance to become a ROUVY LEGEND one day! More details can be found here.

ROUVY is a digital cycling platform for athletes all over the world to compete, ride with friends, complete workouts, and do much more. ROUVY offers thousands of exciting virtual routes and workout options including the ability to race and ride through the almost unlimited route catalogue. With fully simulated and realistic efforts, ROUVY is the best option for both the casual rider and the most highly trained and fit athlete. On ROUVY, riders can achieve their own individual goals, and find training fulfillment while keeping it just as realistic indoors as it is outside. rouvy.com