Esports competitions are gaining more and more fans throughout the world, taking an outdoor sport and recreating it  100% in an indoor format. Cycling, today, is one of the frontrunner sports in this combination of the real and virtual world where the advancement of technology, equipment and interactive software allows real routes to be recreated in virtual environments, offering the entire competitive experience to athletes and the spectator audience.

1st RACE of the BVC

Brazilian Virtual Cycling and the ROUVY platform start their partnership through the TOUR DE BRASÍLIA; a stage valid for the Brazilian Virtual Cycling Championship. (Brazilian athletes will be happy to note that the stage also includes points towards the BRAZILIAN CHAMPIONSHIP OF VIRTUAL CYCLING, an event approved by the Brazilian Confederation of Electronic Sports (CBDEL) and by World Esports Consortium (WESCO).) This virtual competition, representing real-life effort, will also have 5 more stages throughout 2021, offering athletes from all over the world the opportunity to ride in the Brazilian capital in celebration of the 61st anniversary of the City's foundation.

With an emblematic 38.5km long route, in airplane format, athletes from all over the world will be able to learn more about the Brazilian capital, which is considered a World Heritage Site by UNESCO due to its architectural and urban complex.

The competition will be held on April 21 at 7pm CET.  Registration here.

(Brazilian athletes will have to register through the website, www.ciclismovirtualbr.com.br)

For recreational cyclists who may prefer a less stressful non-competitive format, BRAZILIAN VIRTUAL CYCLING organizes social rides, where participants are welcome to know the Brazilian capital being led by the Champions and Cycling Champions: 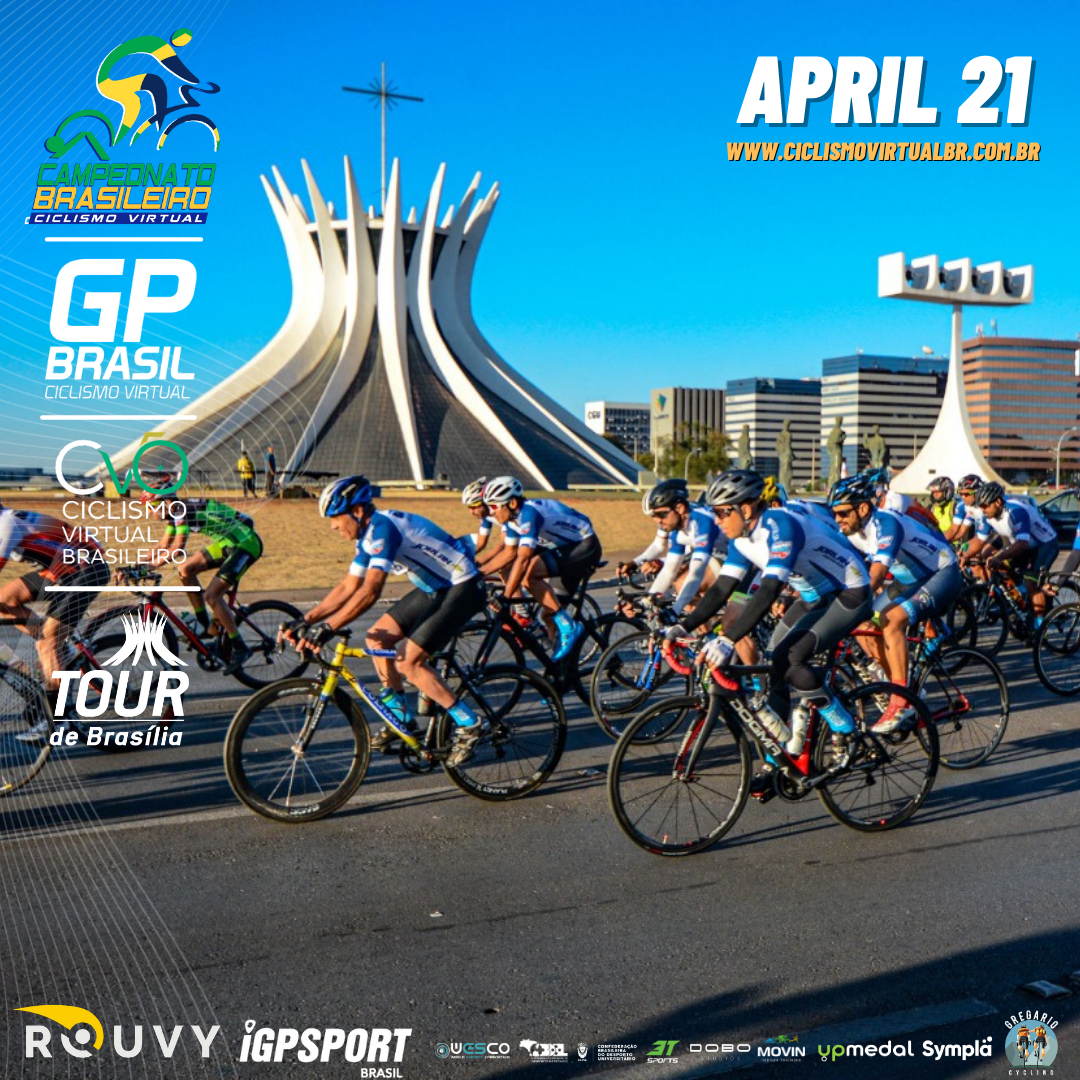