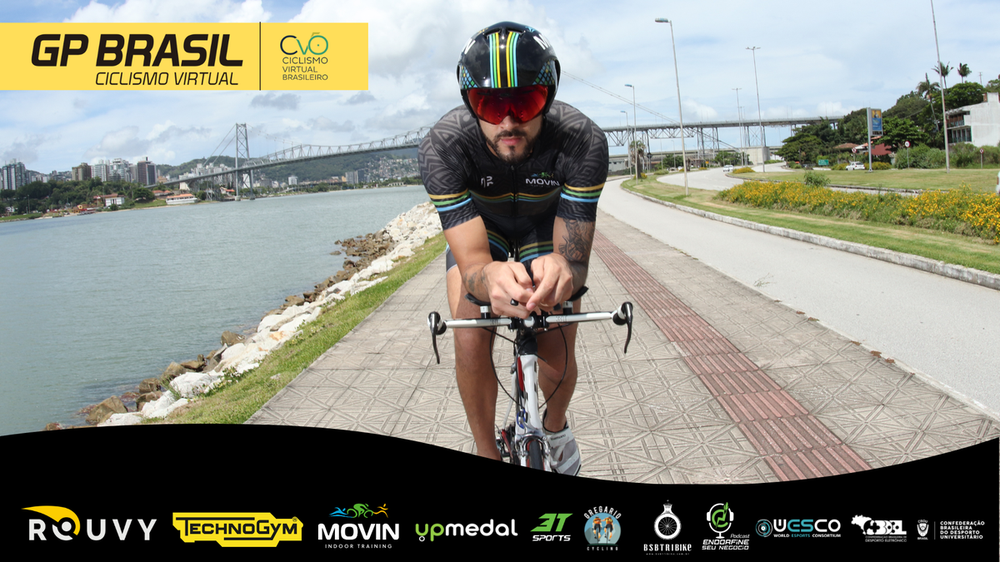 The enforced partnership between the Brazilian Virtual Cycling and ROUVY has a launch date now - September 11th - thanks to GPBrasil of Virtual Cycling – Tour de Florianópolis. The Island of Magic or ‘Floripa’, as it is commonly called by Brazilians, is the capital of the Brazilian state of Santa Catarina, in the southern region of the country. The municipality consists of the main island, the island of Santa Catarina, the mainland and some surrounding small islands.

The city has over 100 registered beaches and is a hub of shipping activity. It is considered a special Brazilian coastal gem by many inhabitants and the tourists who visit. Due to its unique beauty, Florianópolis attracts a diverse crowd of tourists, surfers and students.

Amongst the tourist attractions that stand out, in addition to the beaches, are the places where the first communities settled, such as Ribeirão da Ilha, Lagoa da Conceição (upcoming route on ROUVY), Santo Antônio de Lisboa and the historic centre itself. Several events take place in the city throughout the year, deserving prominence for its peculiarity, economic relevance, projection and consistency, including major sporting events such as surfing championships or the IRONMAN Triathlon.

The competition will start and finish at the iconic Hercílio Luz bridge, one of the main postcards of the city, which after 29 years, was completely renovated and reopened again for traffic of vehicles. The FLORIANÓPOLIS TOUR will be an official competition of ROUVY, enabling athletes to both experience the exotic beauty of the islands overseas and aid their progress in their careers on the platform. in addition, the competition is a valid stage for the BRAZILIAN VIRTUAL CYCLING CHAMPIONSHIP and is part of the qualification for the VIRTUAL CYCLING UNIVERSITY CHAMPIONSHIP, both officially certified events by the Brazilian Confederation of Electronic Sports and the Brazilian Confederation of University Sports. The 17 km mostly flat course is now released.

Brazilian athletes must register through the website www.ciclismovirtualbr.com.br to get on the official Brazilian leaderboard; International athletes are welcome to register directly HERE.

// The event press images are here.