THE 2020 GRANFONDO STELVIO SANTINI ON ROUVY: CONQUER THE KING OF CLIMBS VIRTUALLY 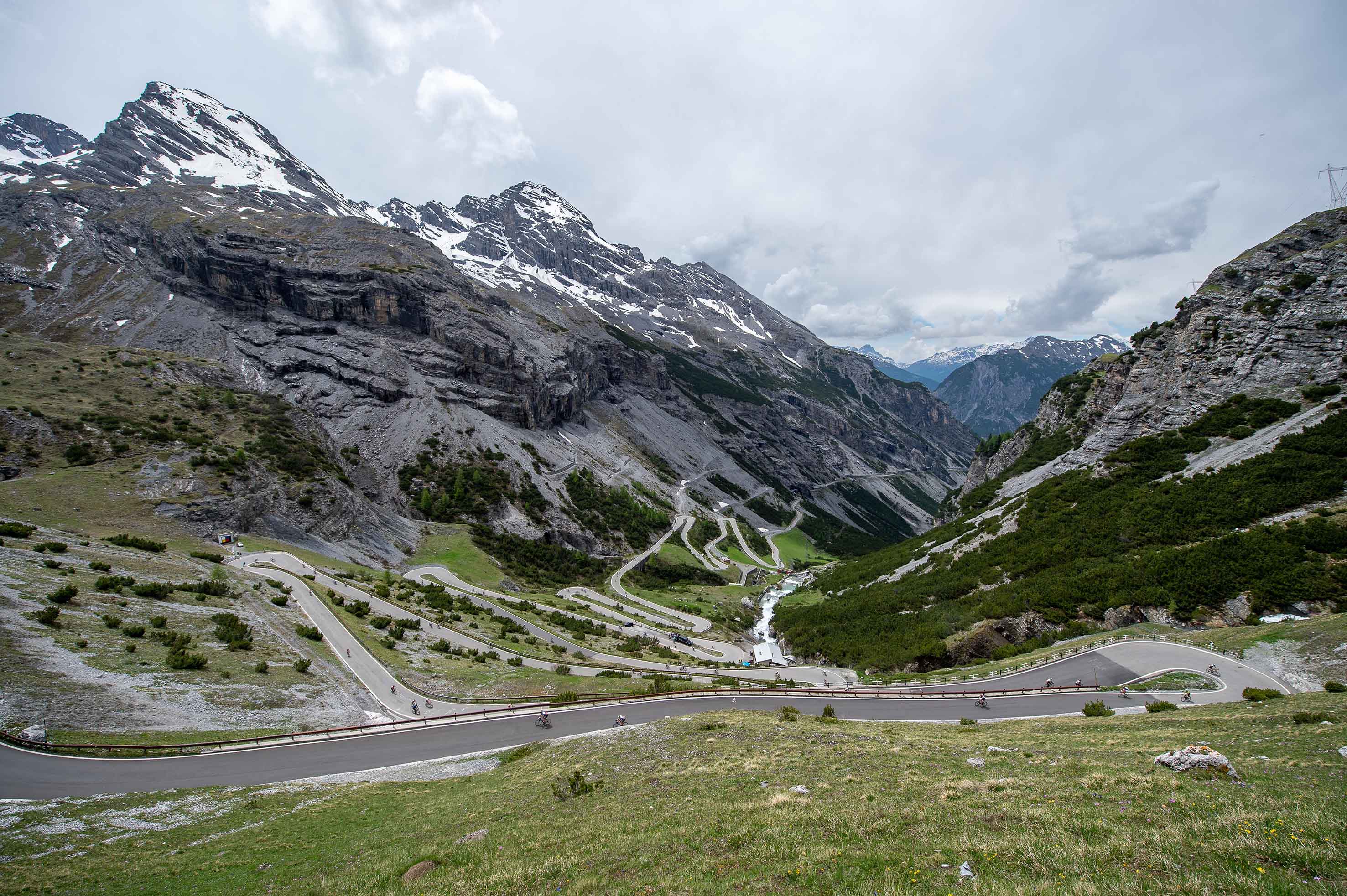 While the actual event has been canceled because of the health crisis, the good news is that a shortened virtual version of the Granfondo Stelvio Santini will take place on ROUVY on June 7, 2020. For the moment, the whole of the race won’t be available – just the Stelvio Pass section which also happens to be the most iconic climb in the Central Alps.

Santini Cycling Wear, which organizes the Valtellina-based Granfondo, has signed a two years agreement with the indoor cycling app, which is giving riders the opportunity to compete and enjoy the Stelvio Pass climb from their own homes. There will be one challenge – for men and women, the latter organized with Ride Like a Mummy, a project that offers obstetric, gynecological and psychological support to women going through difficult pregnancies or who have had a complicated birth as well as those with new-borns in intensive care. In fact, the Granfondo Stelvio Santini will be donating one euro for every participant in the women-only race. In addition to this challenge, which will be open for 24 hours, two live races will be available during the day (June 7), one at 11am CET and one at 8pm CET, to allow amateurs to go head-to-head with guests, among which PRO cyclists, who will participate in the event.

The virtual race will be accessible through dedicated links that will be active shortly on both the granfondostelviosantini.com and rouvy.com websites. It will allow access to the challenge after you have signed up to ROUVY. The organizers will also be sending out the Granfondo link in a newsletter to all those who entered the event and will offer them with free access to the Rouvy platform for one month.

Participants will be able to tackle the Stelvio climb in the course on Sunday, June 7. There’ll be only one final ranking which will include the three men and three women with the best times in the time trial. They will be awarded prizes of Santini Cycling Wear technical clothes. The fastest man and fastest woman to finish will also receive two free entries to the Granfondo Stelvio Santini scheduled for June 6, 2021. In addition to this, 10 participant names will be drawn at random and they will receive a variety of prizes provided by Santini Cycling Wear and the event’s partners.

Riders will also have the chance to cycle with ROUVY after June 7. Aside from the Stelvio climb the other two historic climbs in the Grandfondo Stelvio Santini – the Telgio and Mortirolo - will also go live in August 2020, allowing for preparation for the 2021 event. This will mean subscribers to the platform will be able to test their endurance on the three iconic climbs right throughout the year.

GRANFONDO STELVIO SANTINI
Granfondo Stelvio Santini is a cycling event that every year registers over three thousand cyclists from all over the world. Granfondo Stelvio Santini takes place in Alta Valtellina. The race starts in Bormio and finishes at the top of the Stelvio Pass. The main sponsor of the event is Santini Cycling Wear, an Italian technical cycling clothing company founded by Pietro Santini in 1965.
For further information: www.granfondostelviosantini.com