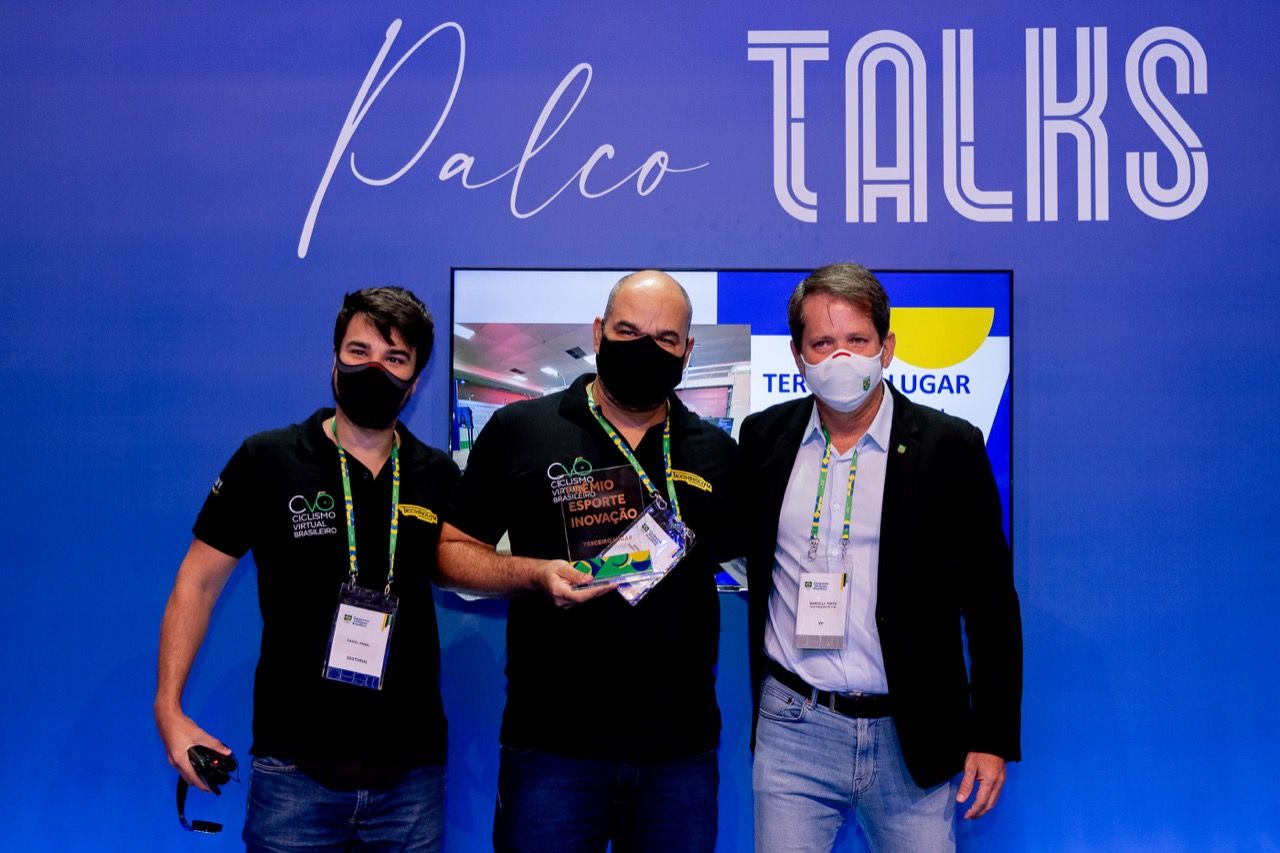 The II Brazilian Olympic Congress took place on March 19 and 20, an event whose objective was Planning, a reference for the future of Olympic Sport and marks the beginning of a new cycle, in which planning will allow us to perceive the reality, evaluate the paths and build a future reference. National and international speakers brought and discussed the perspective of the current world scenarios, which presents rapid changes and great uncertainties.

The big news of this Congress was the Sport Innovation Award, which chose the best projects in management and innovation that presented concrete solutions to the challenges faced in national sport.

Brazilian Virtual Cycling won the third place in the competition, which clearly demonstrates that the project has great potential and on its way become a national sporting reference.

“Even though it's third place, it's a medal for us and for the project. Being among the top three in the Sports Innovation Project category gives great satisfaction. There is a great team behind those who are here in Congress and this award belongs to all of them. The idea of the project behind the Brazilian Virtual Cycling Championships is precisely to bring electronic sports to the Olympic movement. The only difference, when compared to outdoor cycling, is that the equipment remains stationary. Today, we are the only ones in Latin America to do this type of work in a virtual discipline via the ROUVY app, using real cycling rules, real GPS data and real altimetry,” said Schubert Abreu, Technical Director of Brazilian Virtual Cycling.

The works were chosen by means of voting, after going through two stages in a selection process by a committee formed by specialists in the areas of Sports Science and professors of the IOB courses. The contest, one of the novelties of the II Brazilian Olympic Congress, received projects that presented solutions to the challenges of management, training and other areas of sports science submitted by sports professionals and students.

“Our special thanks to Technogym Brasil, ROUVY, Upmedal, Movin Indoor Training, Brazilian Confederation of Electronic Sports and the two-time Brazilian cycling champion Ricardo Alcici, all of whom went out of their way to help us on this journey in Salvador," concludes Schubert Abreu.

BRAZILIAN VIRTUAL CYCLING was born from a start-up formed by specialists in the technical, marketing, logistics and live streaming areas. It is a unique and innovative project in the Brazilian sports scene that mixes competition, entertainment and tourism through virtualized cycling! In 2022 BVC hosts the Virtual Cycling Championships of Brazil. www.ciclismovirtualbr.com.br