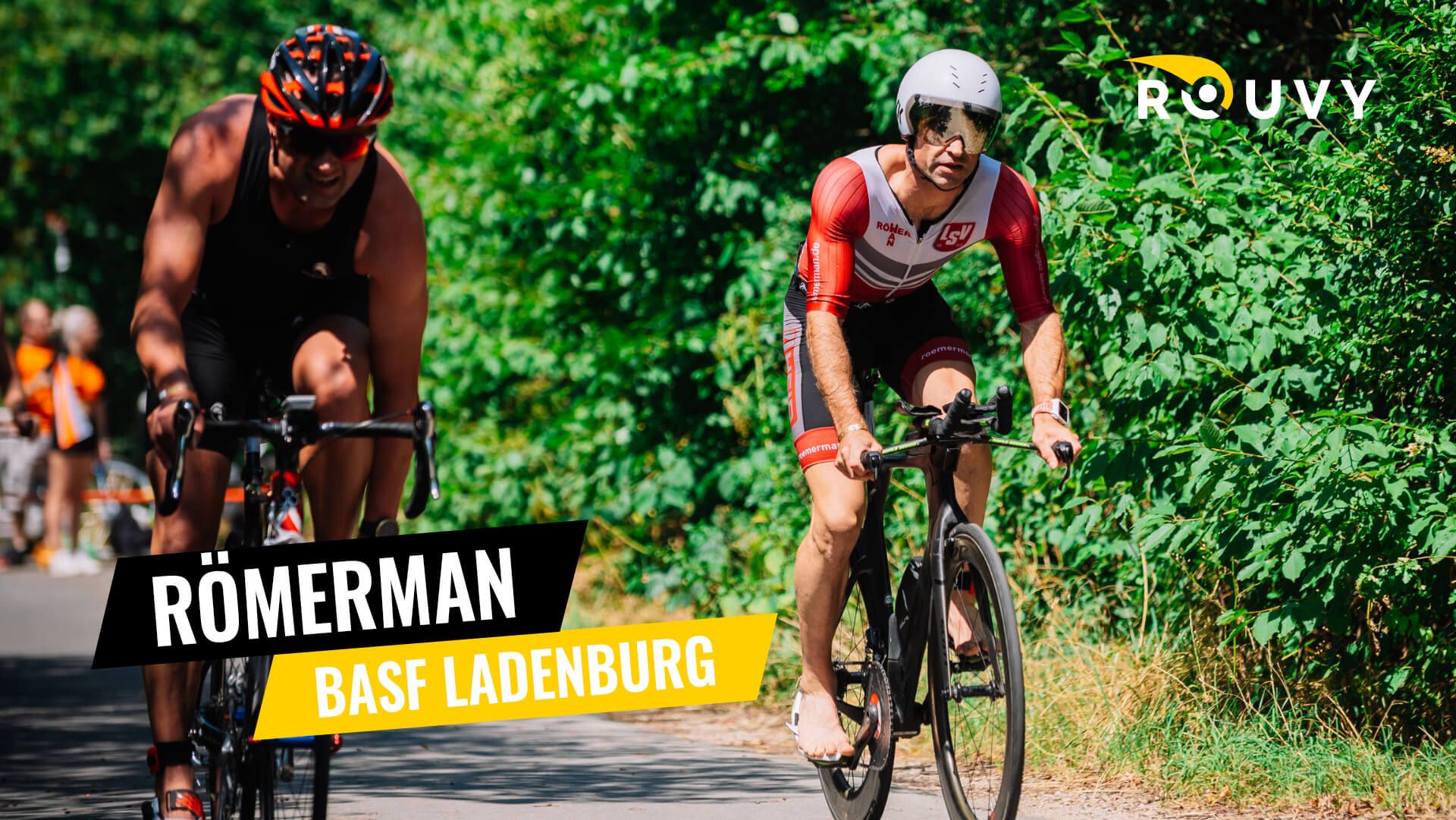 Measure your strength against the reigning world champion Anne Haug or the winners of the BASF Triathlon Cup Rhein-Neckar. Just us on the virtual TCRN races only on the ROUVY platform. Compete from the comfort of your home on your Smart Bike during the originally planned competition dates. How will you perform under the pressure of riding alongside some of Germany’s top riders?

On June 7, the Musbach cycle route kicked off the new innovative format of the Cup; allowing riders to pedal on their smart bikes until the sweat flowed. The winner of the race was Max Sasserath followed by Justus Nieschlag and Malte Plappert. To relive the thrill of the race visit this YouTube link or the homepage of the BASF Triathlon Cup. It's worth a look!

On July 18th, the tour continues with the RömerMan in Ladenburg and the bike route over the Weißen Stein in the Odenwald. Florian Angert, Justus Nieschlag, Max Saserath, and local hero Mathias Pfähler will provide a good incentive to give your all during the competition. But these are not the only people to watch out for in the race. There will also be Julian Erhardt in the race, as the 2018 and 2019 Cup winner he will do anything to maintain his reign on the event.

The most prominent face in the event is surely Anne Haug. The graduate of sports science is fresh in wearing her crown by winning the Ironman World Championships in Hawaii last year. On July 26, Anne Haug will join us on the HeidelbergMan route to Königstuhl.

On August 23, the Viernheim V-Card Triathlon will conclude the competition series in Hemsbacher Wiesensee. The route travels over the Juhöhe in the Odenwald and through the Saukopftunnel then back to Viernheim. Which prominent triathlete will come out on top in this race? That is undecided.
The top starters at the BASF TCRN will not only pedal but also provide personal commentary during the race.

No participant limit - open to everyone

Anyone with a smart bike or an adapter can participate. Participants can register with Rouvy for the TCRN races. The corresponding link will be given on the TCRN homepage once announced. Rouvy unlocks the races at 9.45 a.m. The race starts at 10 a.m. The live stream of the competition on the TCRN Facebook page starts at 9.30 a.m.
As in every year, 2020 will also mean that those participants who compete in at least three of the four TCRN races will be included in the final TCRN evaluation. A complicated calculation of the total number of points from three or four different individual scores is not planned this time to determine the prizes, because in the virtual races the “real” winners can hardly be determined, the final number of participants cannot be predicted.

With a little luck, attractive winnings

"We have no overview at all, let alone the possibility of checking who will start with us in their private rooms and under what conditions. Nevertheless, we want to give an incentive to participate in the races, and of course we want to reward the successful participants, ”explains Jürgen Hilberath, Managing Director of TCRN. To avoid possible upsets, all athletes who finish at least three of the four TCRN races will therefore take part in a raffle. And the incentive is big: You can win eight online shopping vouchers at 250 euros each.

In addition - as an incentive to participate - there are material prizes and other “goodies” for the winners of the individual races. The best men, women and teams (female and male / mixed) are included in the evaluation. If you are the first to cycle through the finish line, you can also look forward to publicity at the HeidelbergMan: At the race on July 26th, he or she can come on the show himself or deliver a video that presents himself or his club.

Virtual routes available all year round

Since the bike routes are streamed parallel to the offer on the Rouvy platform via the TCRN Facebook page, everyone can follow their favorites or - animated by the attractive competition routes - cycle comfortably on their home trainer through the Palatinate Forest and Odenwald without a smart bike. The routes remain on the Rouvy platform after the four TCRN competitions and can be called up and started again at any time. A good test to check the current fitness level during the season or to prepare for the 2021 competitions.