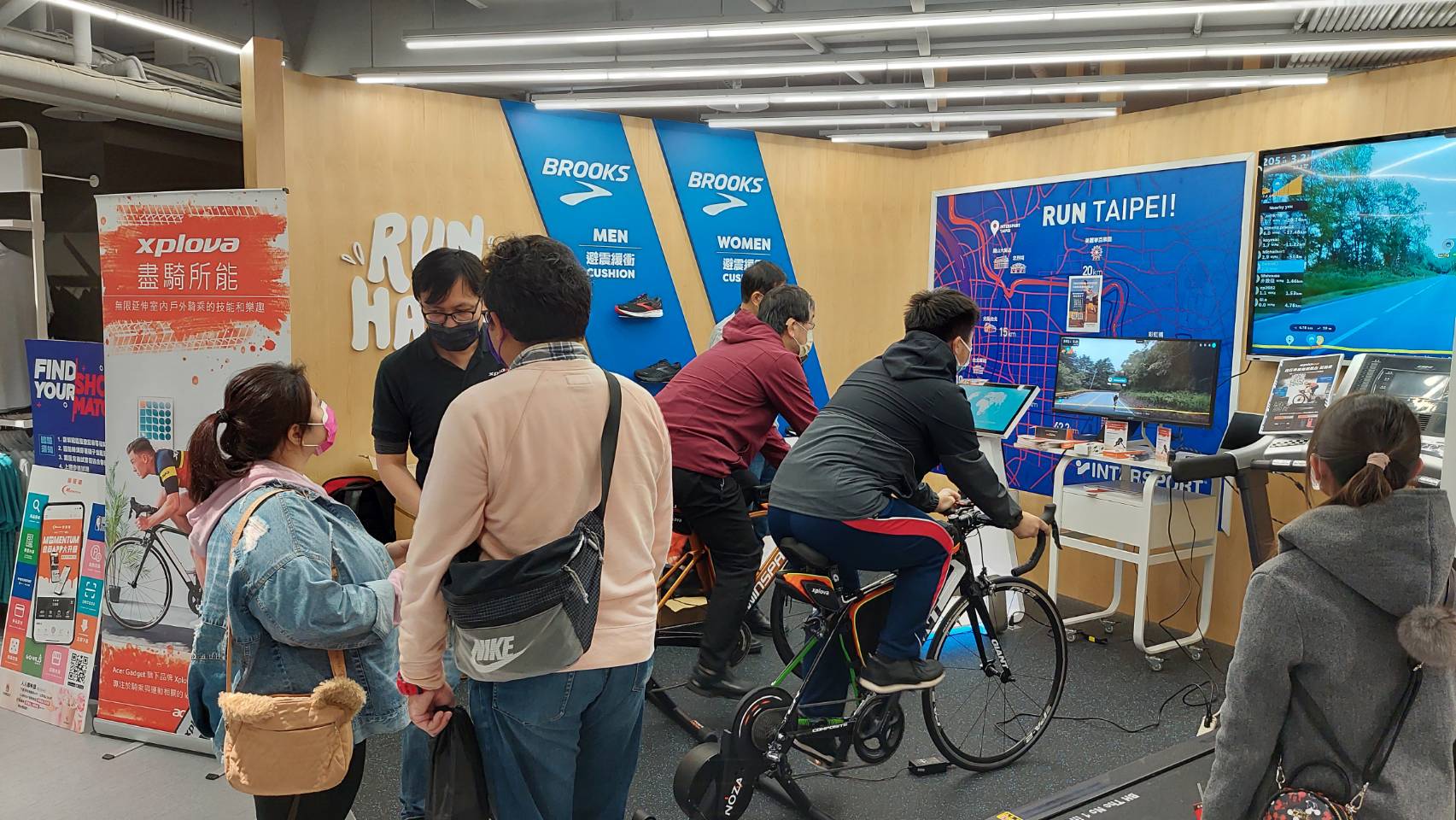 Taipei, Taiwan / February 17, 2022 - Xplova hereby starts official collaboration with ROUVY. Xplova is an Acer Group’s subsidiary that specializes in the design and production of high-end cycling computers, smart trainers and sport electronic products. It’s now an official partner of ROUVY to provide cycling enthusiasts an immersive and gamified experience in indoor environments, opening up the gate for a biking Metaverse.

What kind of gaming can take you from Berlin to Paris to London in one single day? In the times of the pandemic era, ROUVY provides anyone with the opportunity to travel around the world without even leaving their home. ROUVY is the globally most popular AR cycling app for indoor cyclists that offers thousands of immersive videos of real routes around the world and combines them with geo-located data and realistic 3D animations. Certified Xplova’s products that are now seamlessly able to sync with ROUVY AR include Noza S Smart Trainer, X2 cycling computer, cadence sensor and heart rate monitor. Not just a smart trainer for indoor exercise, Noza S also connects each person to thousands of cyclists around the world via the augmented gamified ROUVY platform, making mundane exercise fun and creating enjoyable moments.

With ROUVY, Xplova is able to offer customers the iconic, classic cycling and triathlon or exotic AR road locations. Having the best AR software to provide premium user experience, ROUVY greatly helps Xplova to grab the attention at exhibitions and also boost the sales of smart trainers. Having big plans for expansion in both the Asian region and globally, Xplova starts with the following activations:

AGT Xplova will have a booth with ROUVY demo stations at the largest marathon event in Taiwan with an estimate of 12,000-13,000 participants.

Xplova will host virtual reality cycling competitions nationwide, cooperating with Acer’s eSports gaming project ”Acer Predator”. This type of competition is set to introduce a new generation gaming concept to users seeking gaming entertainment and health at the same time. The biking Metaverse contains huge opportunities for social, sports and gaming business. Combining gaming with exercise, Xplova and ROUVY are set to become facilitators of the integration of the virtual world and the real world in the cycling arena.

Xplova’s official virtual events can be followed and joined at https://rouvy.com/en/partner/xplova

Xplova is a company specializing in the design and production of high-end cycling computers, aiming to bring advanced technology coupled with unparalleled UX to the global cycling community. The word Xplova is the combination of the English word of “explore” and the Spanish word of “va”, which stands for “to explore and to move forward”. The spirit of continuing to challenge oneself and to aspire is what Xplova was founded upon. The company joined IT giant Acer Inc. in 2015, and the technology that goes into the design of Xplova’s products has advanced rapidly ever since, from indoor to outdoor, including run and ride. www.xplova.com

ROUVY is a digital app developed by VirtualTraining s.r.o., a company headquartered in the Czech Republic. It is used by the global cycling and triathlon community around the world. It features more than 500 augmented live-action and thousands of video courses from countries worldwide. With avatars representing cyclists or runners, the app allows the user to cycle and run anywhere around the world in Virtual Reality with friends from the comfort of their homes. ROUVY is an official partner of La Vuelta, Tour de Suisse, Taiwan KOM, Challenge Family and many other cycling events around the world. www.rouvy.com.