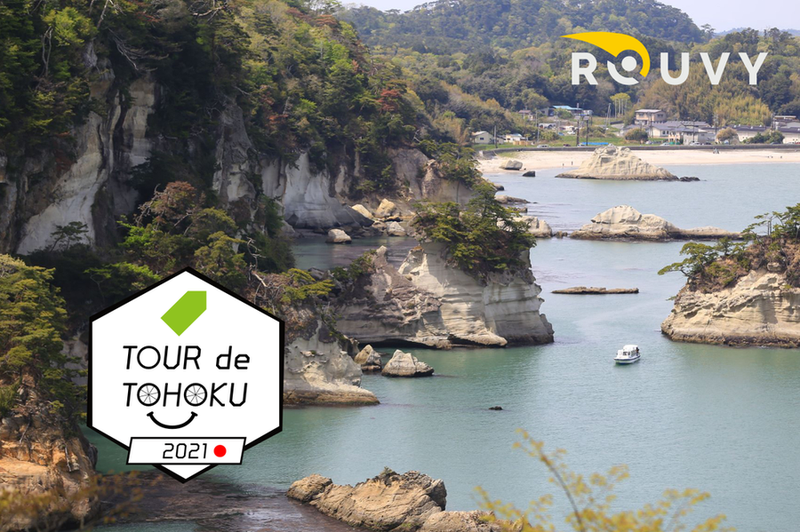 Tour de TOHOKU is a bicycle event held every year by the Yahoo Japan Corporation, a leading Internet company in Japan and the Kahoku Shimpo Publishing Co., since 2013, for the purpose of supporting the restoration efforts and bequeathing memories, post the Great East Japan Earthquake.

“While there were various reconstruction support activities taking place immediately following the disaster, we decided to hold this bicycle event once a year as an opportunity for people to think about Tohoku and actually visit the site. We believe that gathering in Tohoku, once a year and seeing and feeling for themselves the changing landscape and the appearance of the disaster-stricken area will lead to "keeping the memories of the earthquake alive for future generations.", states Yahoo Japan Corporation.

Due to changing restrictions in Japan and ongoing uncertainty, the 2021 outdoor event was cancelled, so instead, the tour has now been released as a digital version on ROUVY on the same courses, converted to 1:1 ROUVY’s immersive augmented reality.

The courses run along the coast of the Miyagi prefecture, north of Tokyo on the east coast of Honshu island, which was severely damaged by the Great East Japan Earthquake. One can experience the slopes of the ria coast interspersed in the courses and some have an elevation gain of 700 meters. Beyond the uphill slope spreads the view of the beautiful Tohoku sea. The ride experience presents Tohoku today - moving powerfully on its path to recovery.

Those in ROUVY‘s athletic community that prefer a less competitive format will enjoy the most scenic spots in Japan via the ride challenge: the beautiful sea of Tohoku, the bays and the forests. The Challenge is set from Sep 25th and will last for 1 month, ending Oct 24th.

Registration is free and open HERE.

All racing athletes who finish will unlock a special Tour de TOHOKU jersey for their avatars for constant use.

Tour de TOHOKU is a bicycle event held by the Yahoo Japan Corporation, a leading Internet company in Japan, and Kahoku Shimpo Publishing Co., since 2013, for the purpose of supporting the restoration efforts and bequeathing the memories of the Great East Japan Earthquake.