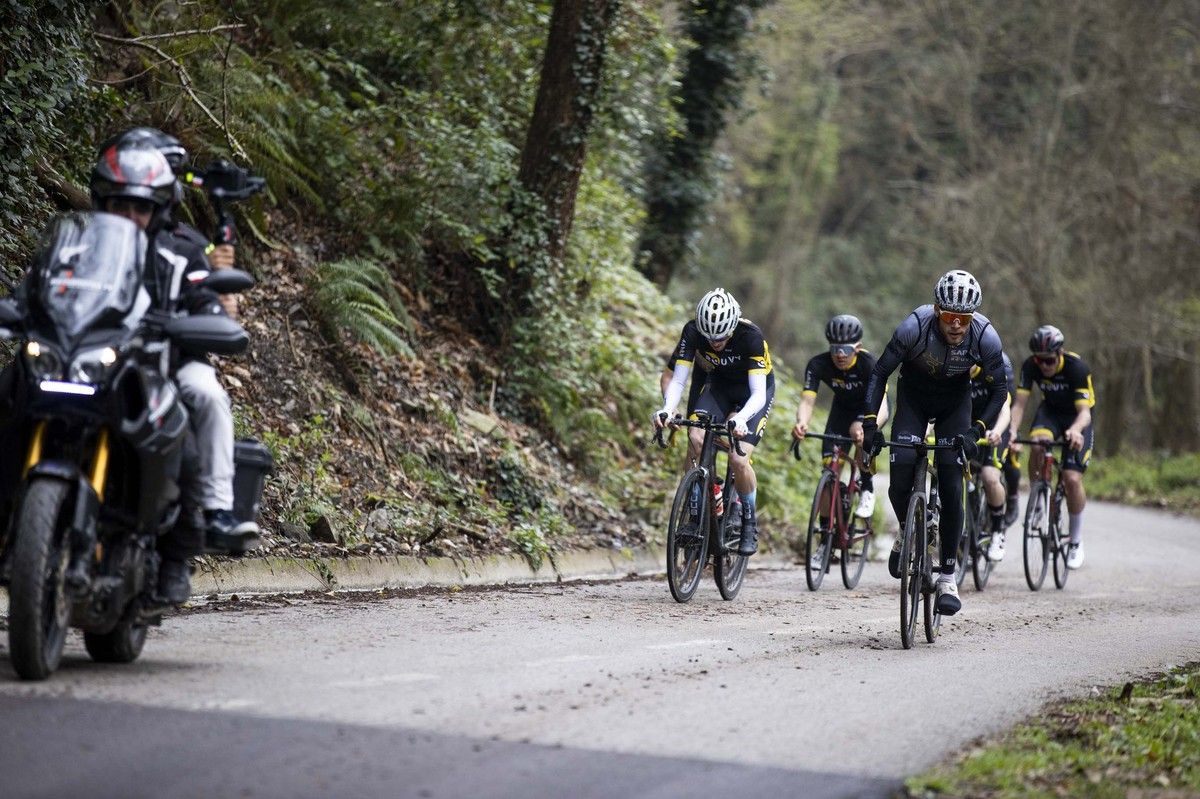 Eslohe, Germany / The UCI Continental SARIS ROUVY Sauerland Team invites all to follow the Team’s journey in the fight to reach the Pro Tour level. Produced by GCN, the 1st Episode covers the open virtual Pro-Chasing series and training camp in Girona, where young riders from different countries competed in the final to get a contract and become a part of the team roster.

The mission of Saris is to break down barriers to make cycling more inclusive. The SARIS ROUVY SAUERLAND Team is striving to break down their own barriers as they make their journey towards the pro tour. With GCN, the team released the first episode of their journey where the passionate young riders from across Europe battled for the contract and the opportunity to wear the team jersey.

Every season, the roster selection will partly take place through online races on ROUVY, giving all international riders an opportunity to participate. “The 2nd episode, Race Season, and the third one will be at the end of the year - we will do the same search for new team members - so there will again be the whole process of choosing the members & highlights of the year. We are excited to see how the team performs and moves up its level,” says Frank Schreiner, Saris Head of Marketing, Europe.

The team’s goal for the running season is to achieve respectable successes in international races in 2022, to qualify for the Deutschland Tour again and to defend the Team ́s title of German Team Time Trial Champion as well as the Lead in the German National Cycling League. Stay tuned for the follow-up episodes and the team adventures in the race calendar!

ABOUT SARIS Saris aims to break down barriers and provide opportunities for all people to fall in love with the bike. An inclusive thought process is behind everything they do. Through their products, their people, their partners, and their advocacy efforts - Saris is dedicated to removing the obstacles that exist between ALL people and their ride. Based in Madison, Wisconsin, Saris proudly dreams, designs, and builds car racks and indoor bike trainers, as well as public bike systems and infrastructures. The Saris Foundation is a nonprofit organization that launched in 2021 to build bike parks for kids. To learn more about their efforts, or to apply for a grant please visit: www.sarisfoundation.org.

ABOUT ROUVY ROUVY is a digital racing platform for athletes all over the world to compete, ride or run with friends, complete workouts, and much more. ROUVY offers thousands of exciting augmented real roads to join the pro peloton online or compete with friends for fun. Cycling enthusiasts and the most competitive athletes are welcome to cycle the world from home, stay fit, or get ready for the next race! www.rouvy.com