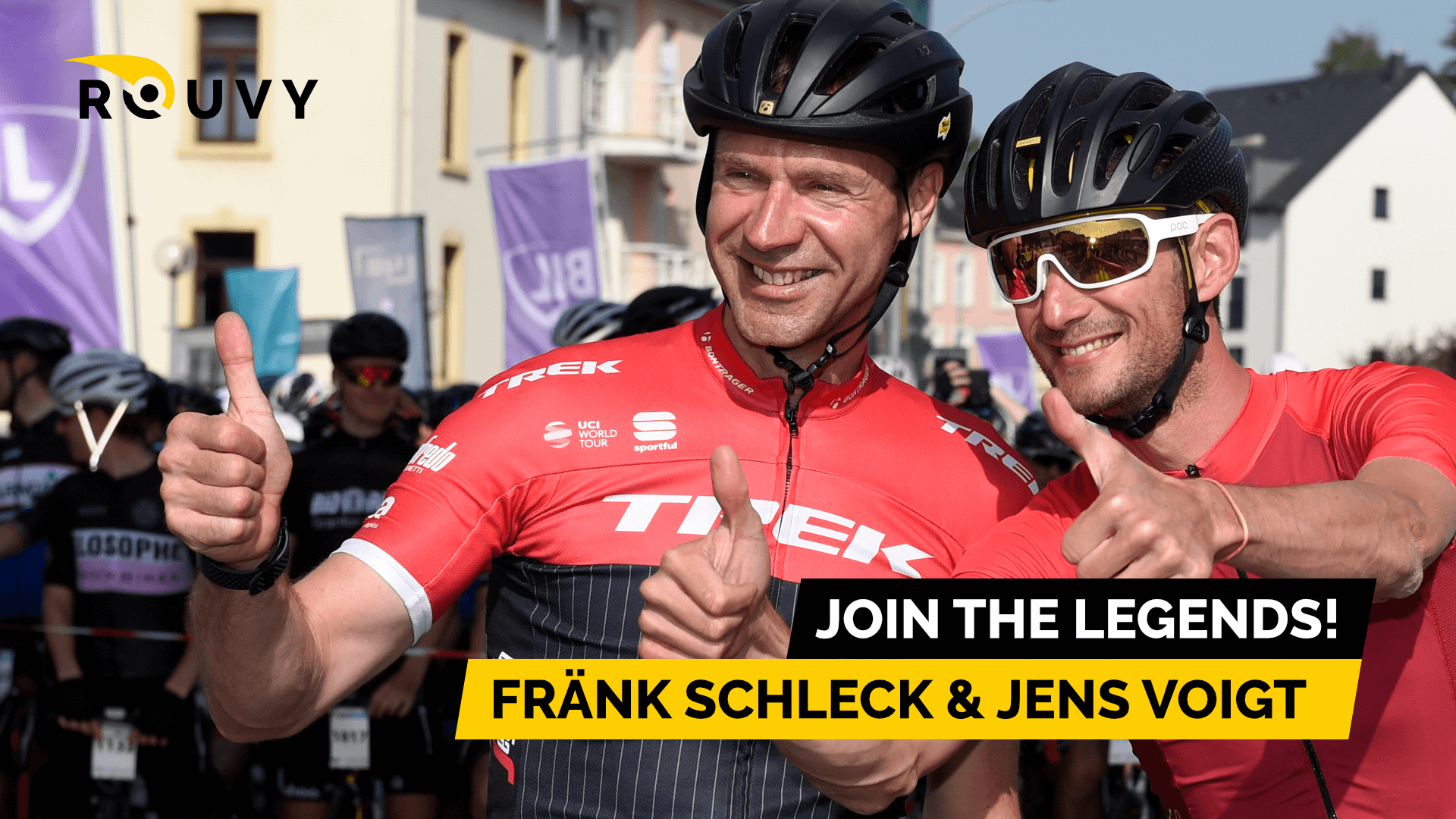 Initially scheduled for May 29th, due to continuing pandemic restrictions, the outdoor race had to be rescheduled for September 25th. However, instead and on the same date, the race will take place as a virtual edition on ROUVY’s augmented reality platform, in a shorter format.

As with the best of the European traditions that carry on for generations, Schleck's family story will get into the books. The story is rooted right in the heart of Europe, in Luxembourg, the country of the world's only remaining sovereign grand duchy.  It is a unique region where three countries meet around the world-renowned Moselle town of Schengen. After 13 years of professional cycling, Frank Schleck has decided to share his passion and his love for cycling with everyone by organizing a qualifying UCI event. Right there, Frank guides riders through an area with an incredible variety of ravishing landscapes. His father Johny Schleck was a professional road bicycle racer as well and rode the Tour de France and Vuelta a España between 1965 and 1974. “Like father, like son”; it was the same with the grandfather, Gustave Schleck, who contested events in the 1930s.

[Fränk René Schleck is a former professional cyclist from Luxembourg who rode professionally between 2003 and 2016, for Team Saxo Bank and Trek–Segafredo. Schleck's greatest achievements include five national road race championships, winning the Queen stage of the 2006 Tour de France, which finished on the Alpe d'Huez, winning the 2006 edition of the Amstel Gold Race classic, and also winning an alpine stage of the 2009 Tour de France, finishing in the sole company of his brother Andy and Alberto Contador.]

[Andy Raymond Schleck was racing professionally between 2005 and 2014 for Team CSC and Leopard Trek. He won the 2010 Tour de France, awarded retroactively in February 2012 after Alberto Contador's arbitration. He has also been the runner-up at the Tour twice, in 2009 and 2011. To mention a few among his other prominent wins: the 2nd place in 2007 Giro d'Italia, the winner of the Tour de Suisse (mountains classification), Liège–Bastogne–Liège, the Luxembourg National Championships and many others. He is the younger brother of Fränk Schleck.]

[Jens Voigt is a former pro racer from Germany, who rode for different prestigious teams from 1997 to 2014: Crédit Agricole, Team CSC and Leopard Trek among others. The last one was the UCI ProTeam, Trek Factory Racing. With 2 Tour de France stage victories and overall 17(!) appearances in Le Tour Voigt, he wore the yellow TDF jersey twice. His career achievements include winning the Critérium International a record-tying 5 times, multiple German races and a number of one-week stage tours. In September 2014, he set a new hour world record. Upon ending his career as a pro, Jens became a cycling sports broadcast commentator.]

Just as the race, the Moselle River trajectory along the Luxembourg border runs 39 km in length to form a natural boundary with Germany. The valley of the Moselle is famous for its beauty, steep hills and vineyards. The race course on ROUVY is a shorter version of 41,6km with 646m of altitude. The route has a 1:1 branding of start and finish gates, as well as other real-life objects. So, the riders of the Schleck GF, just as anyone non-familiar with the event, will enjoy the atmosphere of the picturesque scenery with realistic presence as at the actual event.

The first part of the race leads along the Moselle region which occupies much of the eastern part of the country. It features slopes flanking the majestic Moselle River before the test of the climbing skills begins on the first KOM. The first climb is called “de Wentrenger”. It was the training climb of the Schleck Brothers during their cycling career. Anyone is welcome to try to beat their personal best time! The winner of the climb will be the rider who has the fastest time on ROUVY from the first split gate to the second one (the one who climbs up the whole uphill the fastest).

Just as Frank, Andy Schleck adds “1st virtual online race on Luxembourg ground - my favorite training route. I am happy to share these roads with you, Jens and my brother Frank. Join us on ROUVY Schleck Gran Fondo, on the 29th and challenge me!”

Registration for the official augmented SGF race is open here. 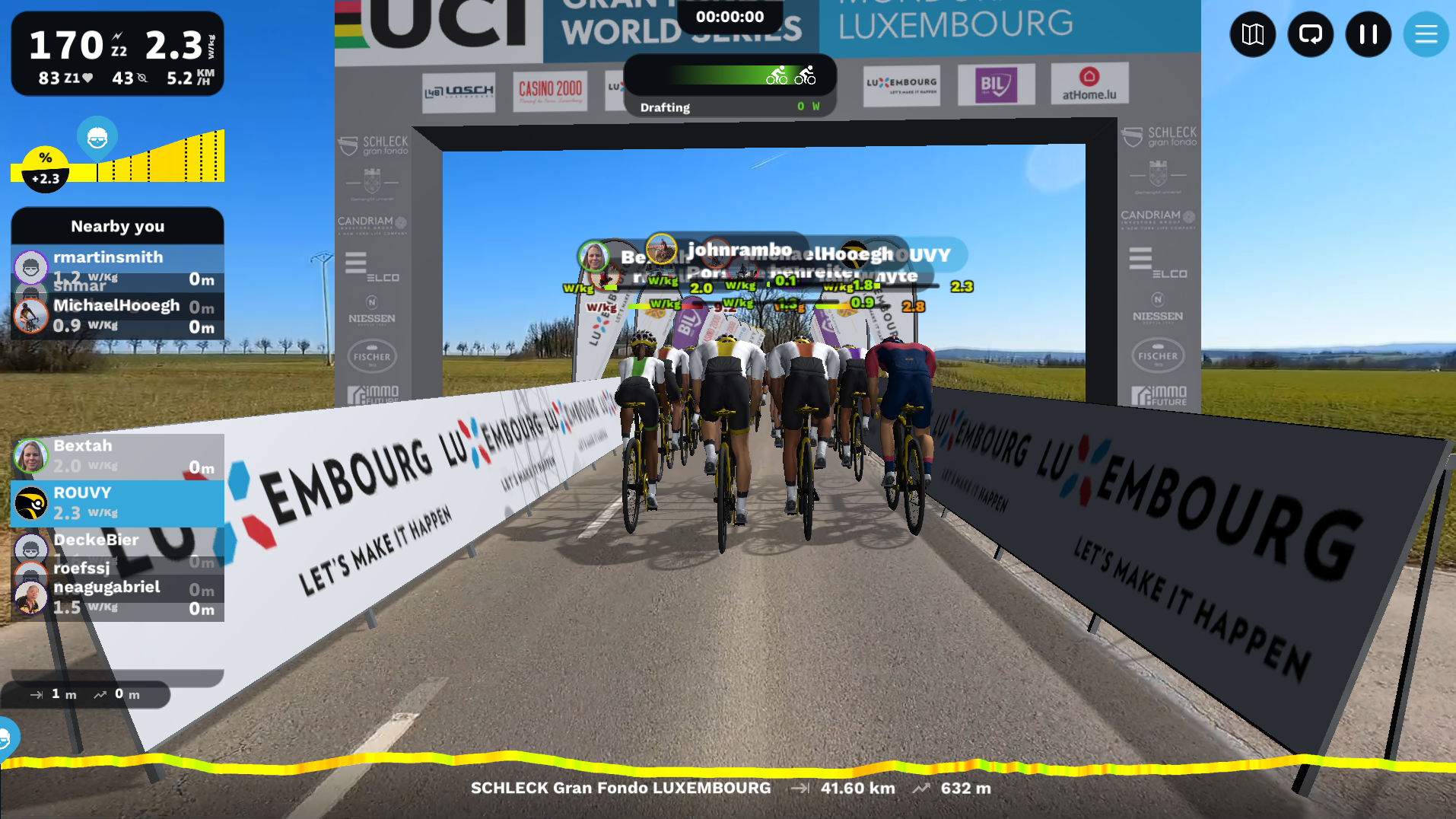 The Schleck Gran Fondo Luxembourg is a UCI race and a part of the Gran Fondo World Series (formerly known as the UCI World Cycling Tour). As a UCI-sanctioned road race, it serves as a qualifier to the UCI Gran Fondo World Championships held in Varese, Italy. The Gran Fondo Village provides a plethora of family activities, food and drink and also a DJ. The After Race Party, which includes a nice concert, will be the well-deserved reward after all the climbs the riders will face in the Gran Fondo. All done to enjoy the race day and celebrate a great sporty weekend!